OSA workshop at the LMU


Wow, seems like I've been silent since October . It's time to catch up with all the exciting December things.

First of all, my lovely London friends and OSA-colleagues Emilie and Gareth were over to give my students an introduction to physical computing and a rough idea of critical thinking and methodologies. This full-weekend-workshop was a compulsory part of my current seminar "Interactive Media for Children" for art pedagogy and art & multimedia students at the LMU. 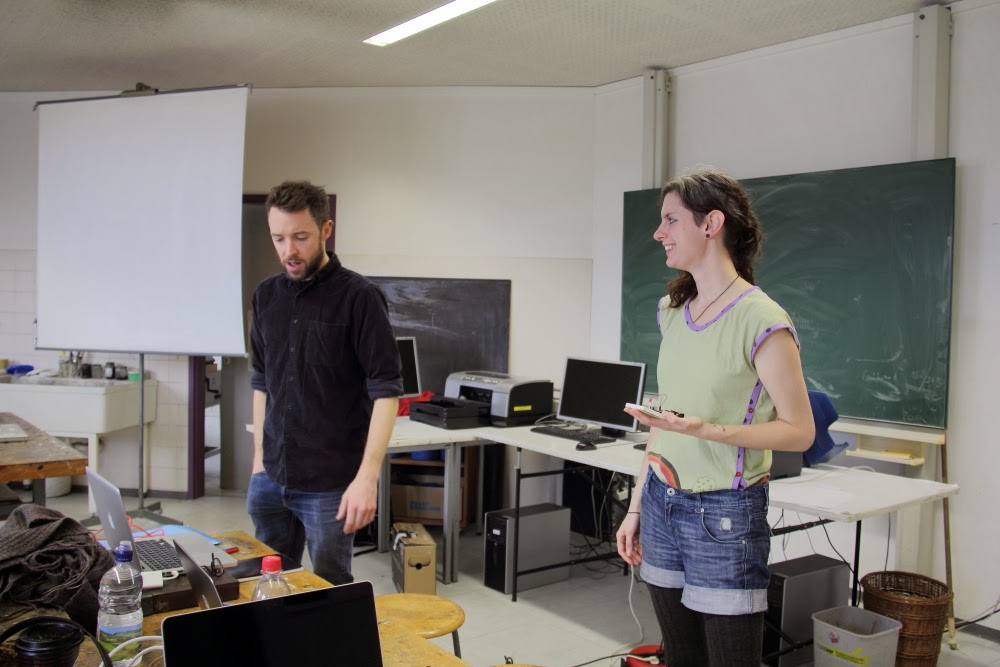 In the beginning Emilie and Gareth were telling about their background and giving insights into OSA projects and critical methods in creative practice. After half an hour it was time to unpack the newly-arrived arduinos and get everybody's hands on them! We started with the basic examples like LED blink and light-sensitive resistors (if you are about to learn arduino yourself, there are very nice examples and tutorials on the arduino webpage). We proceeded with building a bio-sensory device from OSA's previous workshop Rebooting Computing (check out the super detailed wiki-page of the project with all tutorials and background information). 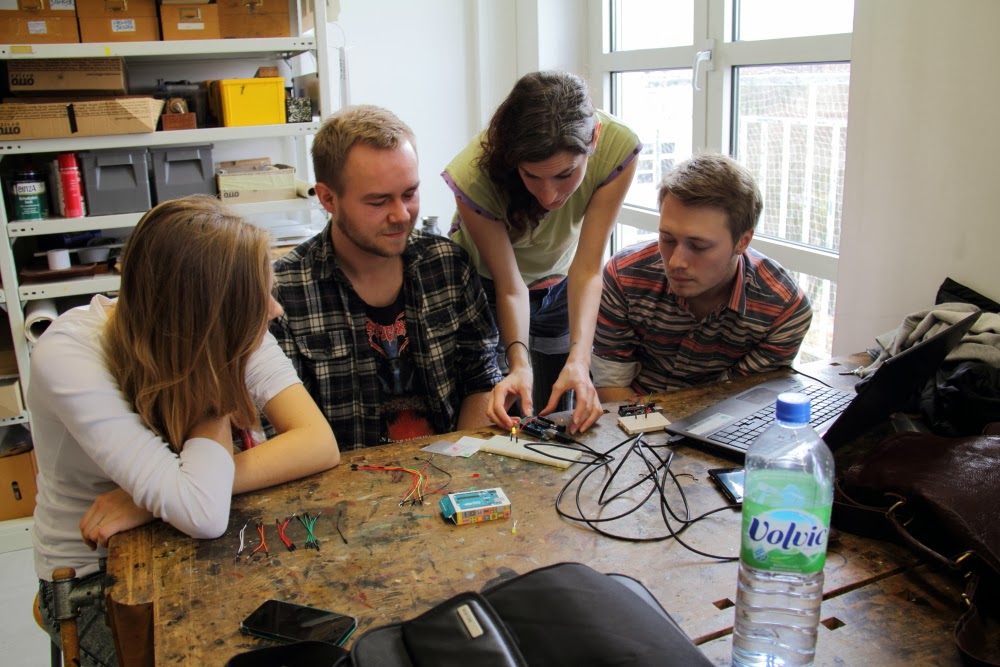 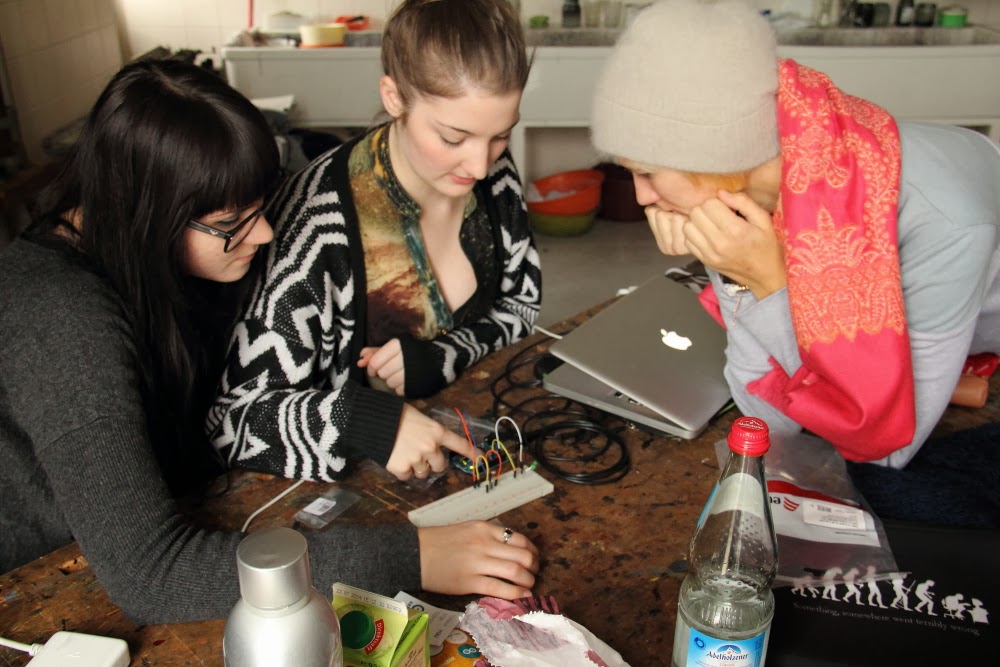 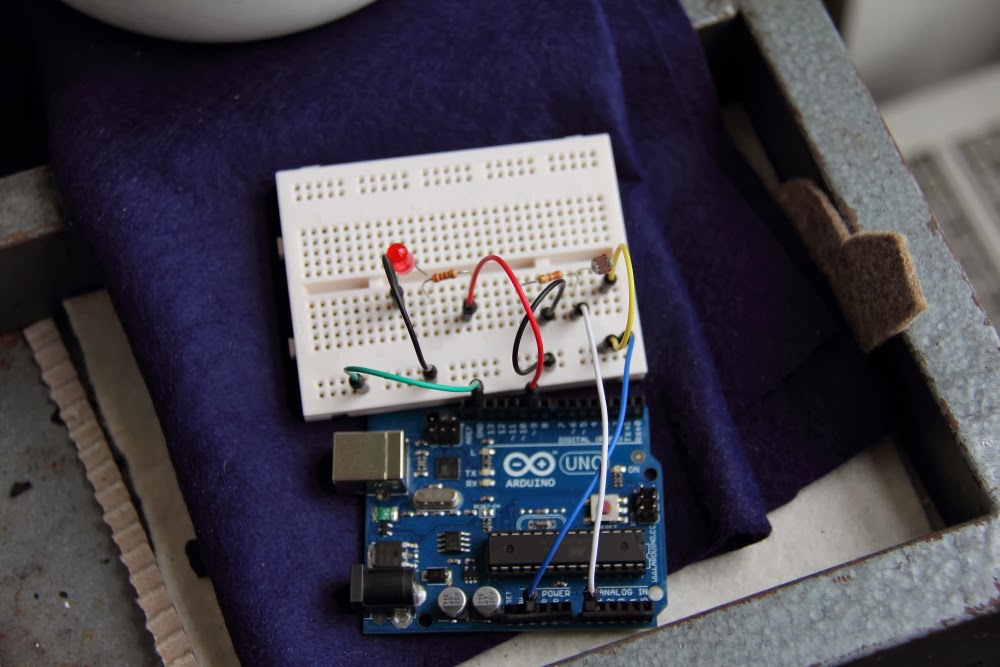 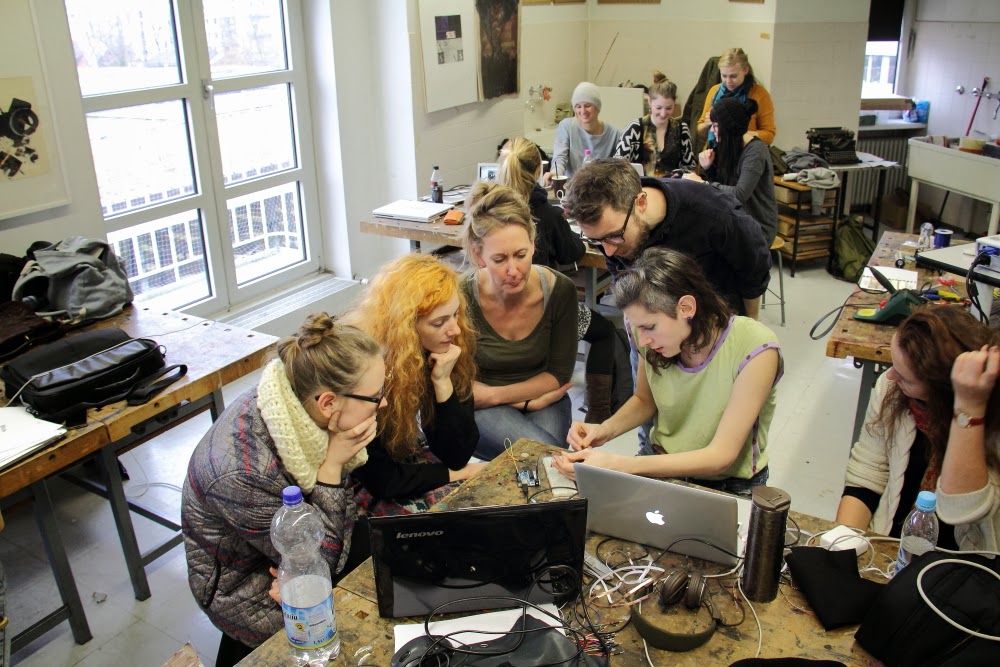 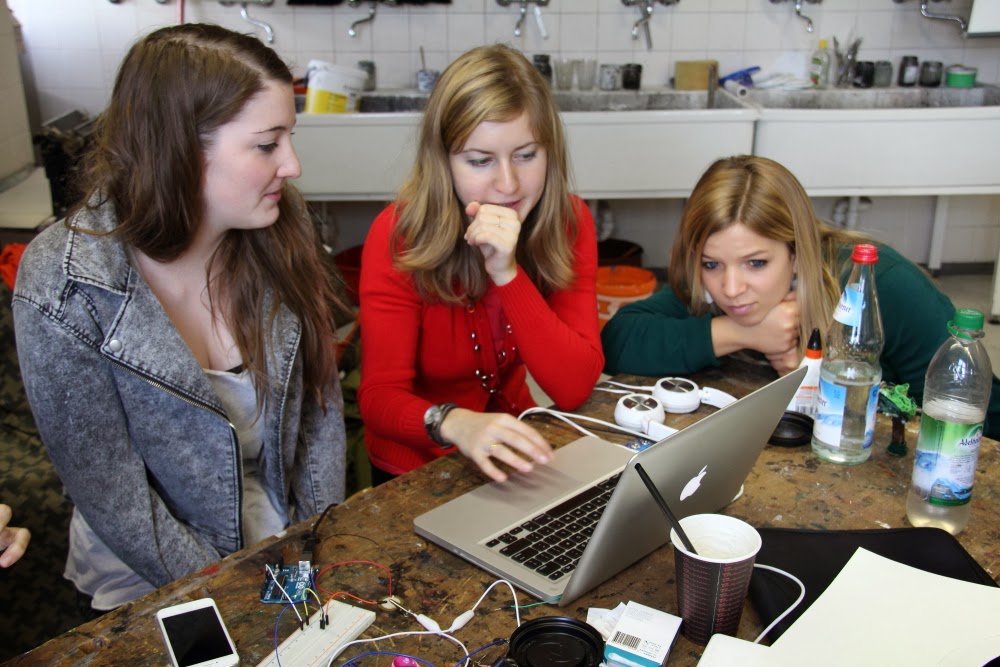 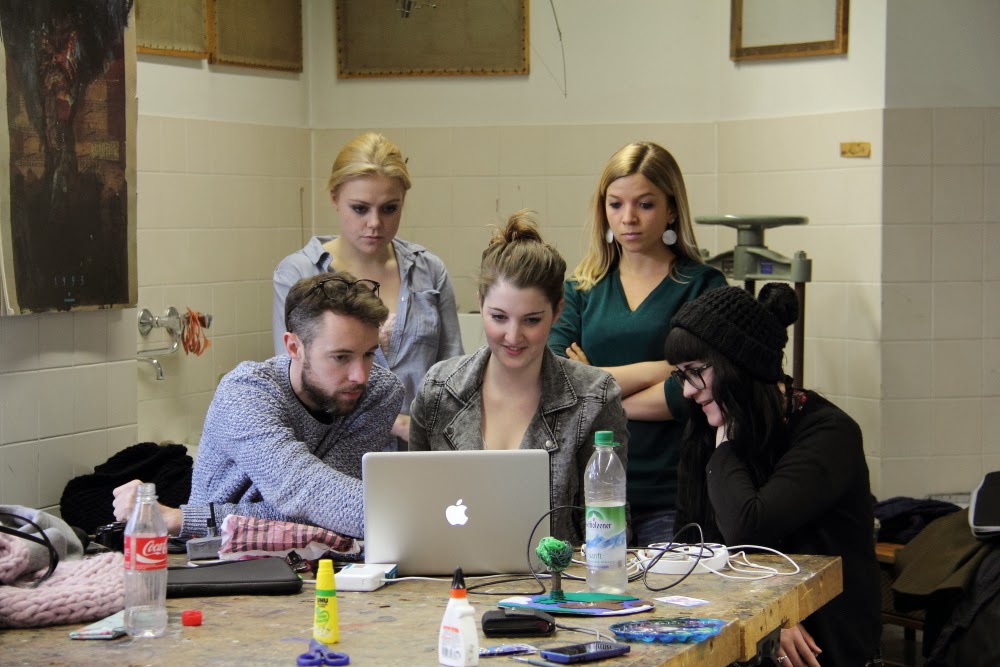 By the end of the day we were introducing our personal little projects to the students, created specifically for this workshop. Unfortunately, there are no pictures, as all of us were simultaneously busy. But you can look into the code of each project here (yes, we are the open systems association!), and hopefully we'll put up some pictures soon!


On the second day the students were supposed to come up with an arduino-based project idea in groups, and prototype it within three hours. I was very impressed how quickly each group agreed upon an idea and how far all the groups got in the end! We had an anti-pollution project with a suffering planet if it was touched by the power station, or a happy planet if planted with a tree. Another project was a dating heart, used for comparing the answers of a couple. And the third one was a physical rock-paper-scissors game where you had to touch the object of your choice. 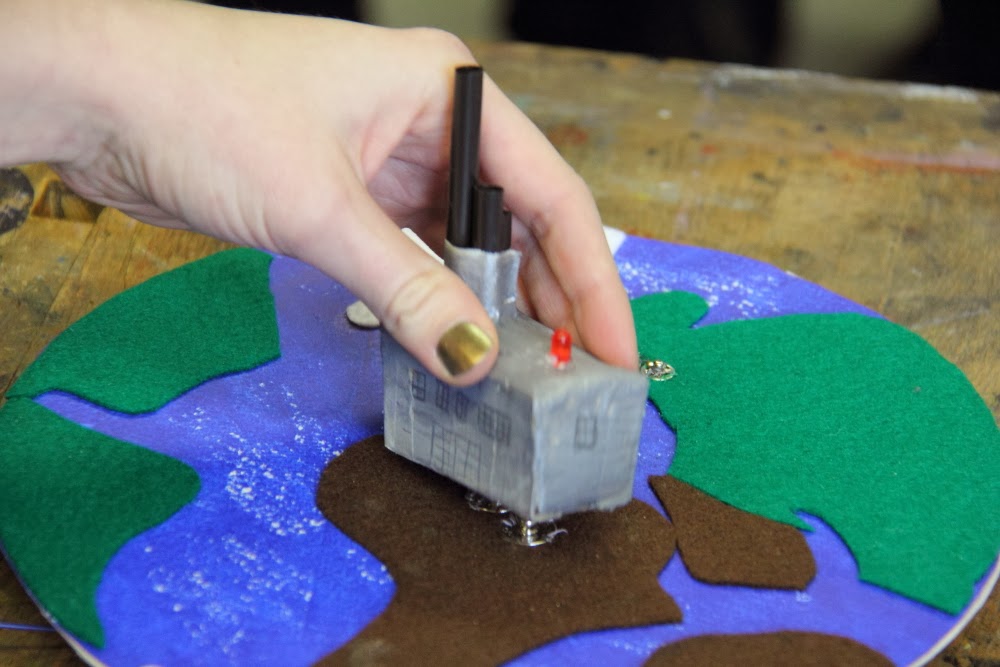 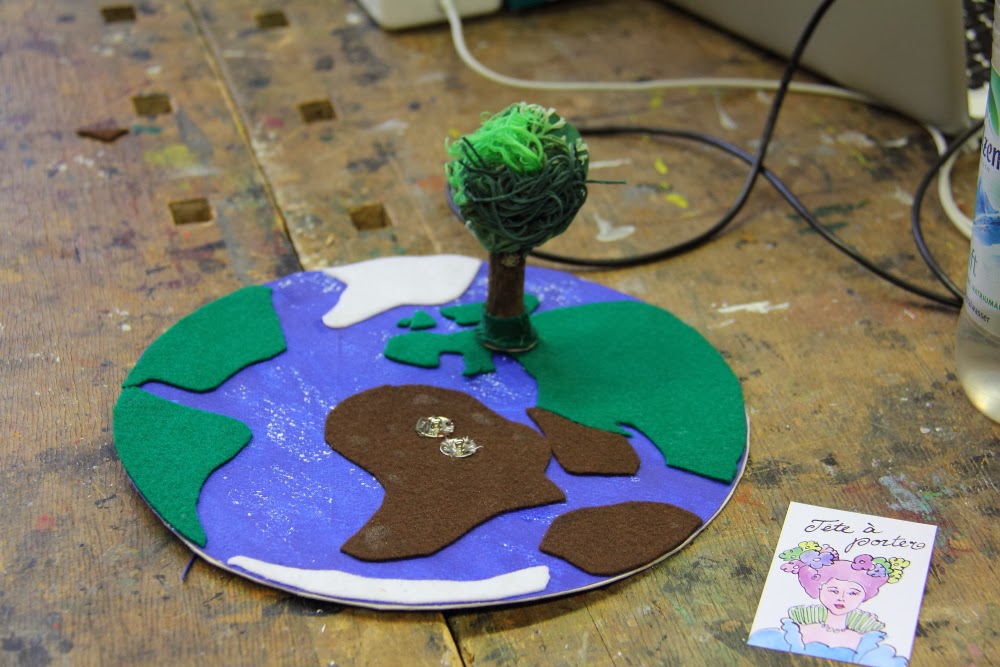 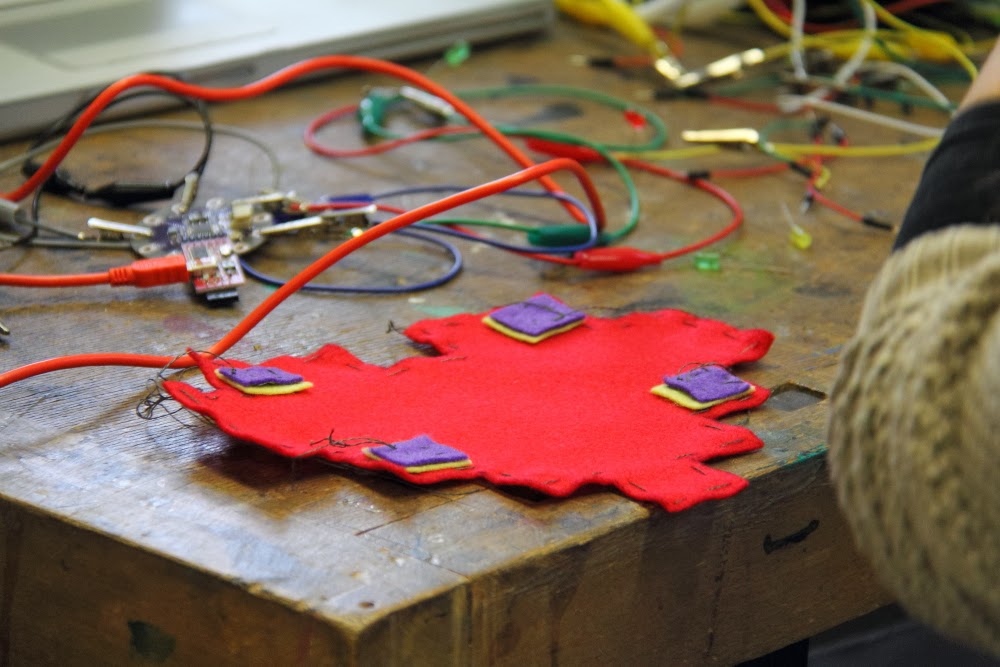 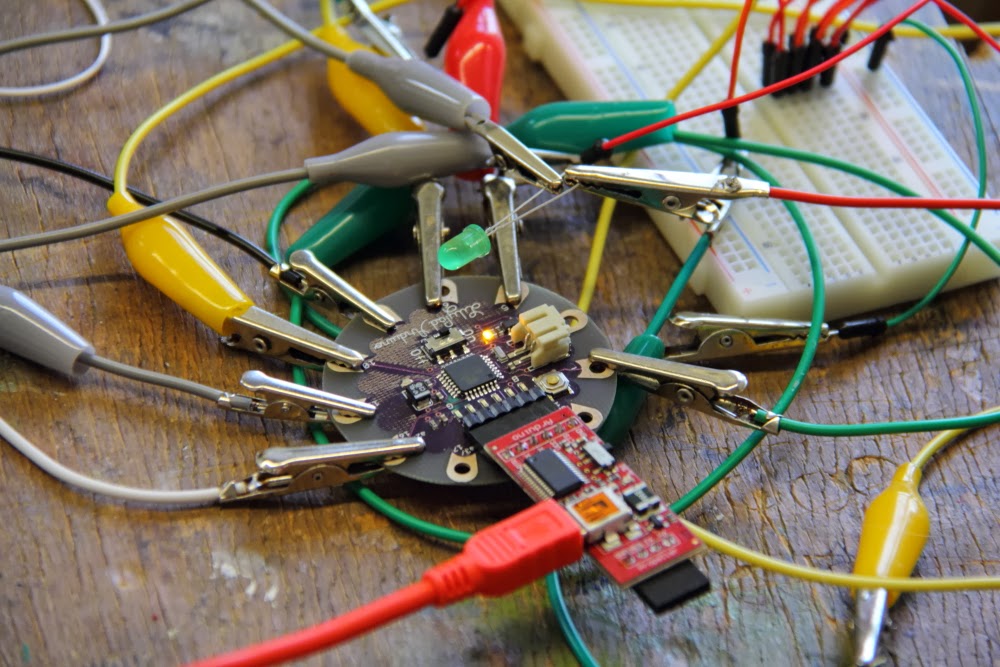 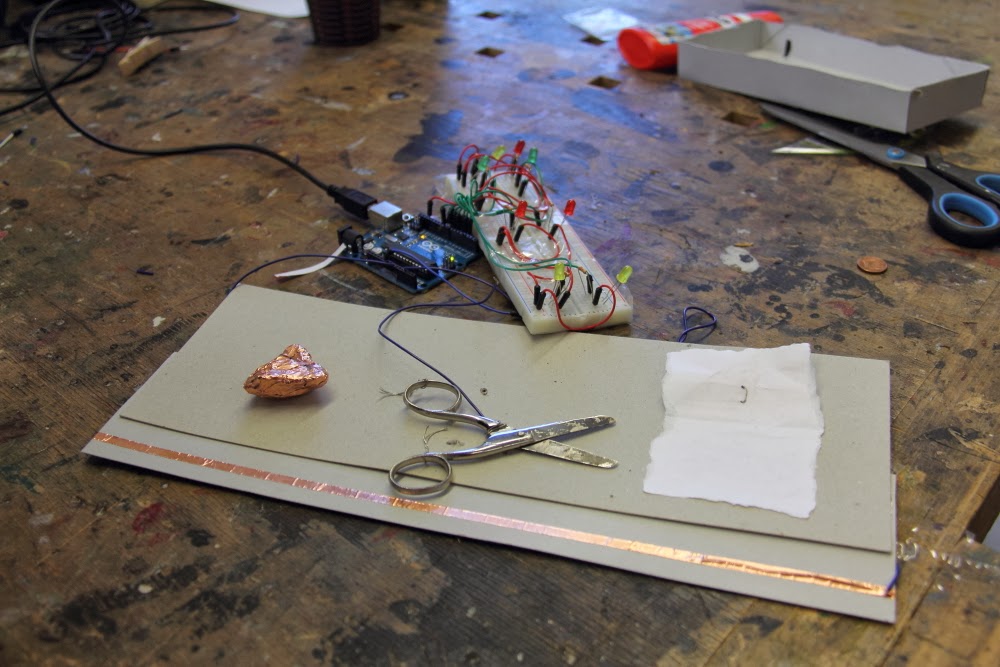 Two great days of physical computing,  British English and mostly happy faces :))) What a joy!
A big thank you to Gareth & Emilie, and also to Karin who made way for this collaboration despite the jungles of German bureaucracy.