Two weeks ago I was in Berlin, assisting YoHa in putting together the Evil Media exhibition for this year's Transmediale - a media art festival which draws out new connections between art, culture and technology. 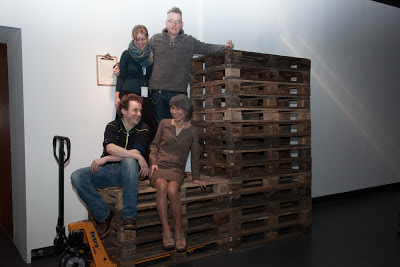 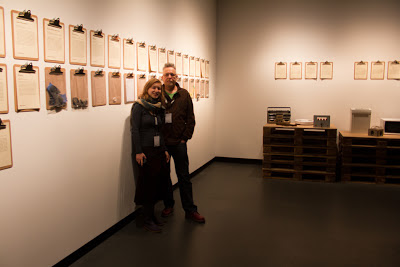 Evil Media is a direct visual response to Matthew Fuller's and Andy Goffey's recent book release, where they talk about the grey media and their distribution of power.

Here is what YoHa writes about the incentive:
"It's sometimes useful to think about technical objects as having a directive side which encourages us to alter our minds, behaviours and bodies in order to better use them. This modification of ourselves is often rewarded by allowing us to more clearly tune in to them and receive cleaner channels of information. The ability to manipulate the directive side of technical objects can be one place where resides, the kind of evil described in Matthew Fuller and Andy Goffey's book 'Evil Media'."


The exhibition consisted of over 60 objects representing grey media and accompanying 100 words written by various contributors. Some objects were physical and some digital.
Here is a text I contributed:

A data storage medium used in 19th and 20th centuries. Punch cards were made of thin cardboard with holes punched manually or mechanically. A modern 96 columns punch card as developed by IBM in the 1970's stored up to 64 bytes of data and weighed 2.4g. Thus, 1GB of data weighed 40.265 tons.
When deployed for the US census in 1890, punch cards reduced the length of data evaluation to one year instead of ten. Ever since an entire nation could be fitted into holes. Throughout the 1930s IBM supplied Hitler's regime with punch cards and tabulation equipment, ensuring that every Jew could be traced and eliminated by the Nazis. 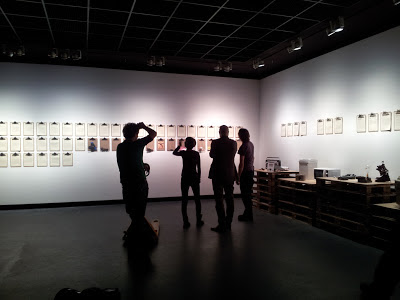 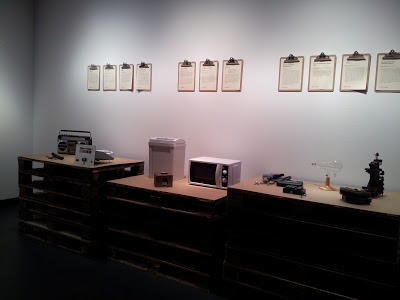 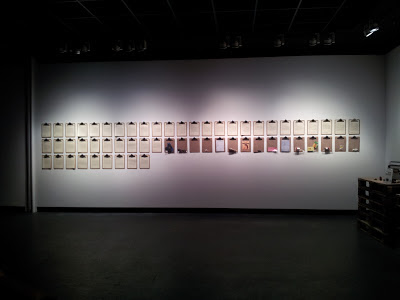 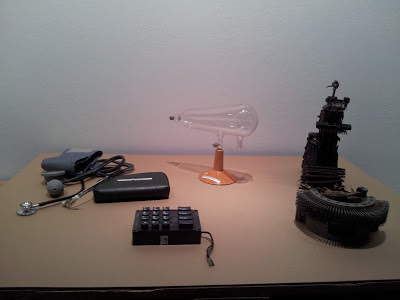 The prettiest thing in the middle is an X-Ray. Right: a telephone switch.
Middle: PIN-code buttons. Left: a sphymograph 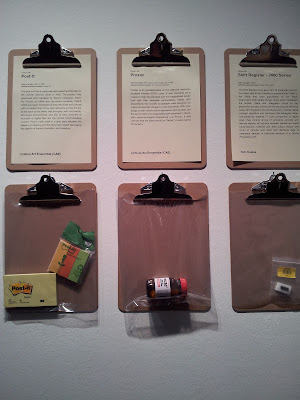 My personal pride: a bottle of prozak with a photoshoped label
andsugar sweet capsules inside. 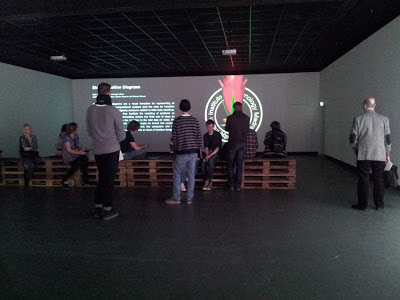 30 objects were represented digitally in a one-hour video. 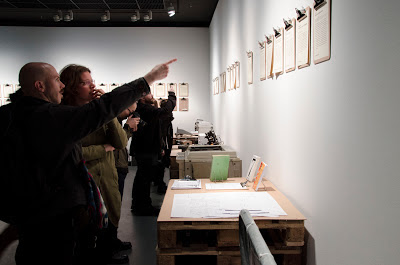 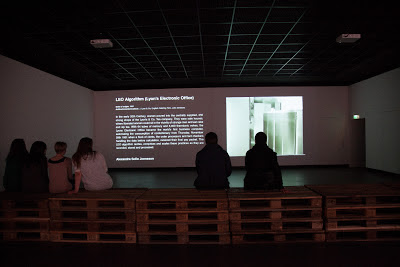 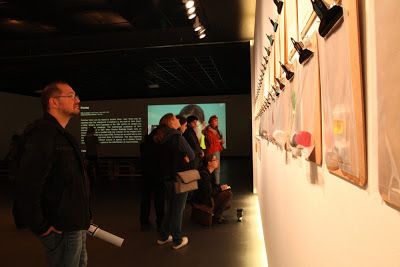 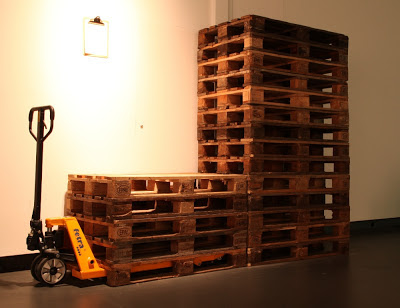 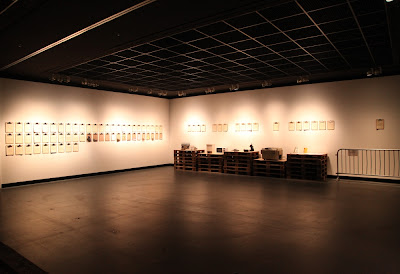 Later, the rest of our OSA family arrived and it was absolutely amazing to spend time with everybody. At some point we were four generations of MA Interactive Media dining at one table! 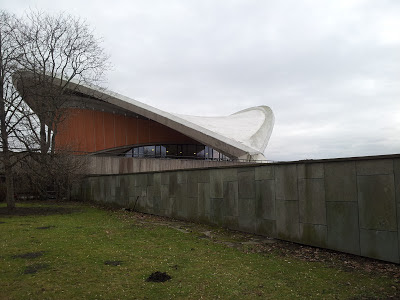 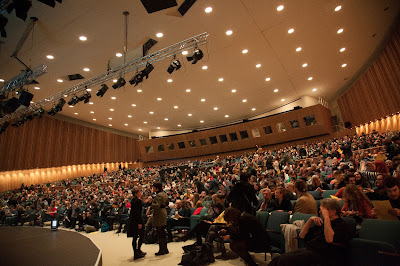 Voting whether Pluto should get back its planet status. 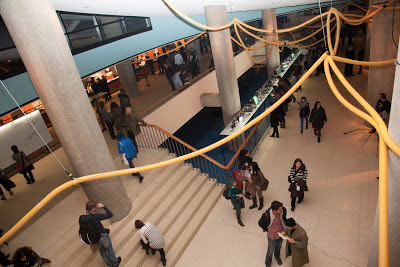 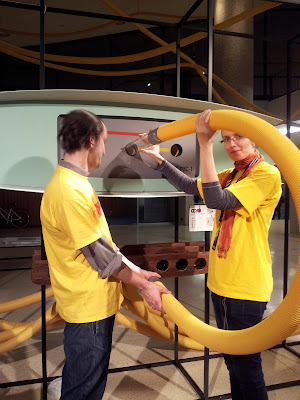 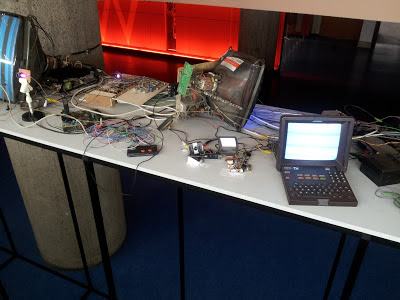 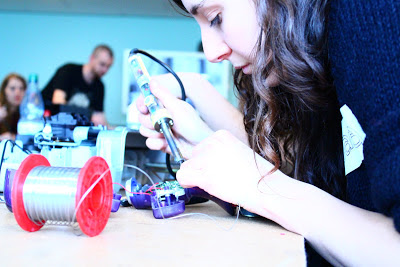 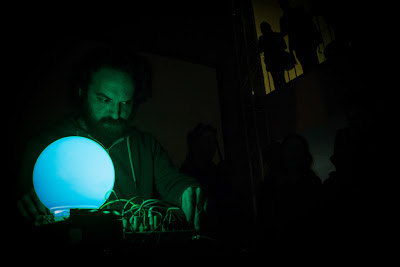 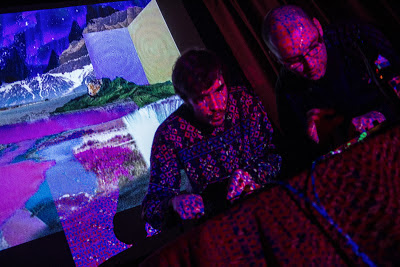 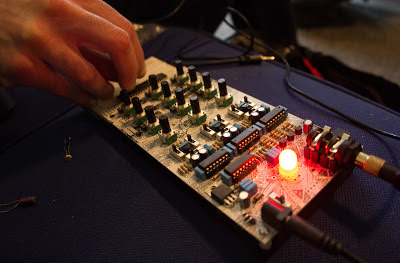 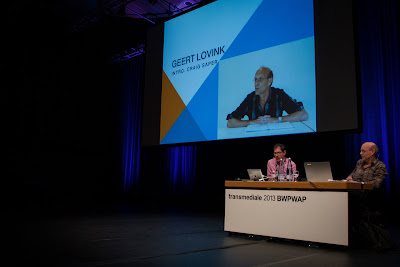 and talks - Geert Lovink on the dark side of social media 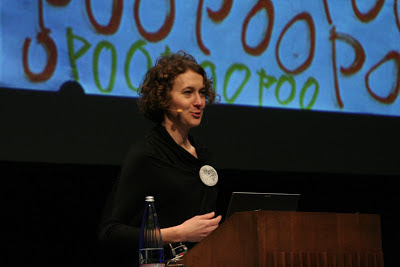 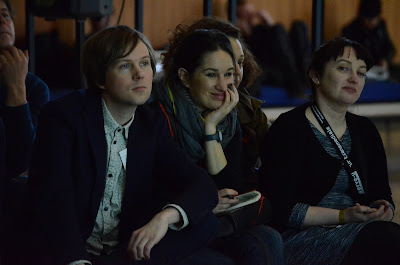 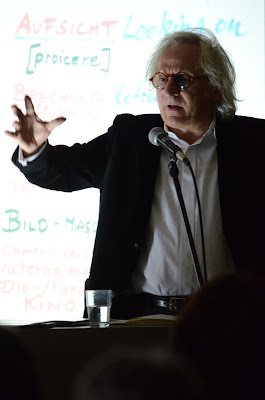 Siegfried Zielinski on "evilness" of the overhead projector 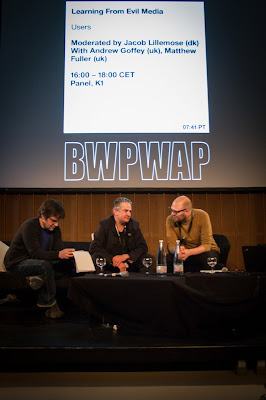 It was lovely to meet the helpful team of Transmediale and to look behind the scene in general. (For instance, now I know that skilled technicians are as good as gold.) Also, spending so much time with Graham and Matsuko was very special. Looking forward to the next year's Transmediale!