This year I was guest-lecturing at the Department of Theatre Sciences, LMU. I was part of the teaching team, which was offering a seminar for students of theatre, dance, music and art departments. The goal of the seminar was very practical: organise a two-day open air festival with free concert of the Gärtnertheater orchestra in the heart of Munich - at Gärtnerplatz. In fact, this must have been the fifth time in a row that this highly professional event has been organised by the students. As every year, it had a massive media coverage, countless interviews and articles, etc. Really impressive!

My job was to supervise a group of students responsible for give-away bags and e-textile workshop for festival goers. With a lovely group of four we decided to use these same bags to incorporate a soft circuit with an LED and a switch. Matching the theme of the event, the group came up with a bridge switch in a tone shape. 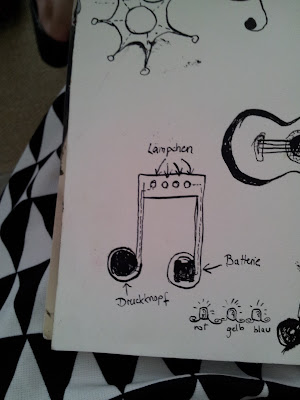 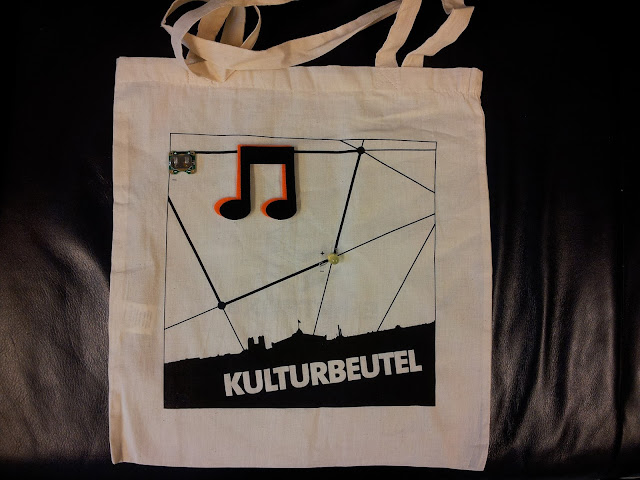 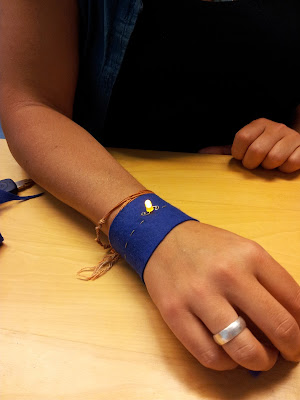 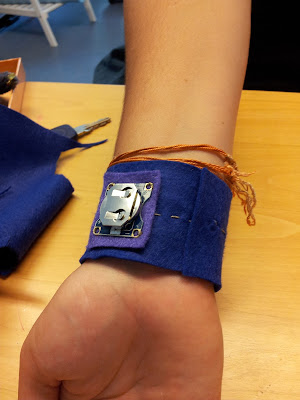 After we were set on the prototype and sneaked in a circuit design into the printed image, the sourcing of materials began. In the end, there were 850 bags to give away for free, 150 of them were used for the workshops and filled with workshop supplies.

Additionally, the bah group came up with an alternative kids design and decided to make felt arm wrists at the festival. 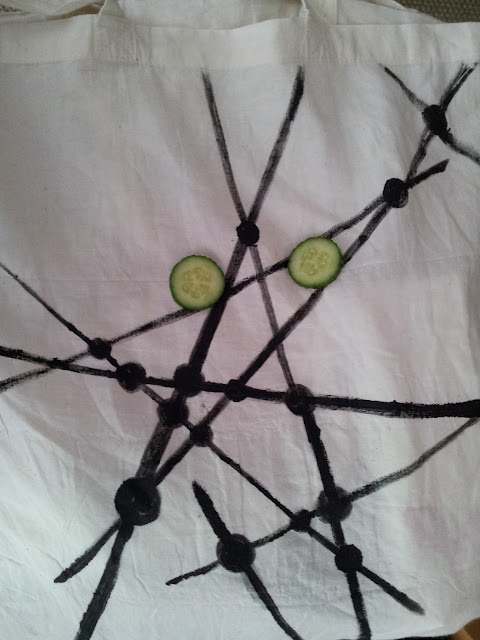 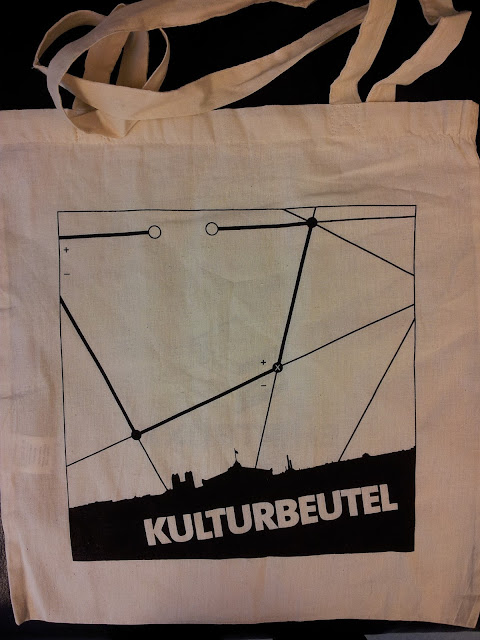 The big day came about earlier than expected, but in the end everything went quite well, with most of the people being grateful for an unusual hands-on activity. Throughout the open air we had all sorts of unexpected struggles: at times the conductive thread wasn't that conductive as it should be, the bag canvas was on the thin side.. And in the time between the two festival days, during night, our beautiful battery-holders specifically fine-tuned by Hannes from eHaJo for our event, were stolen by unknown people... 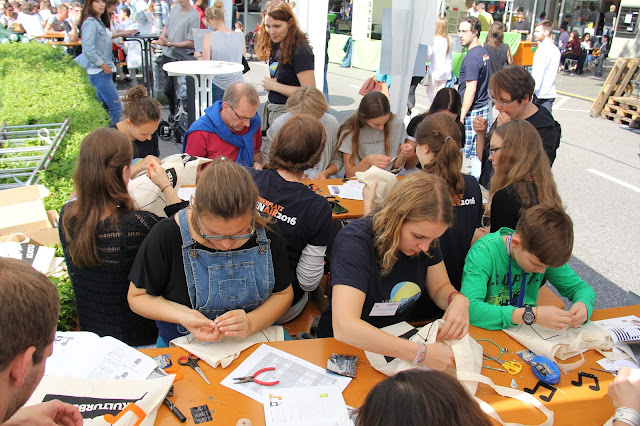 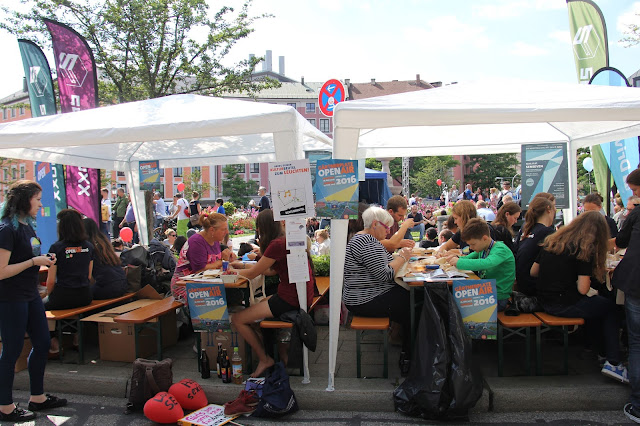 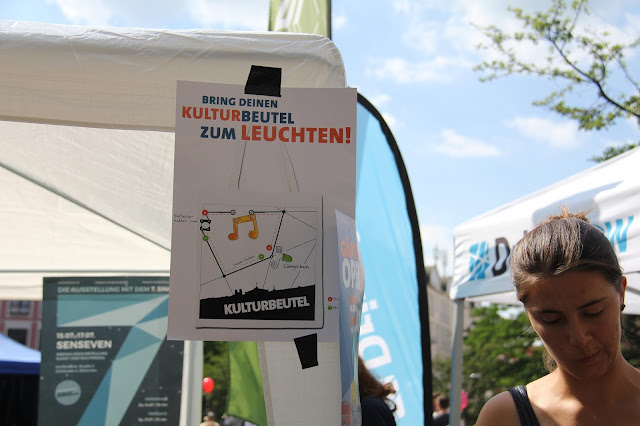 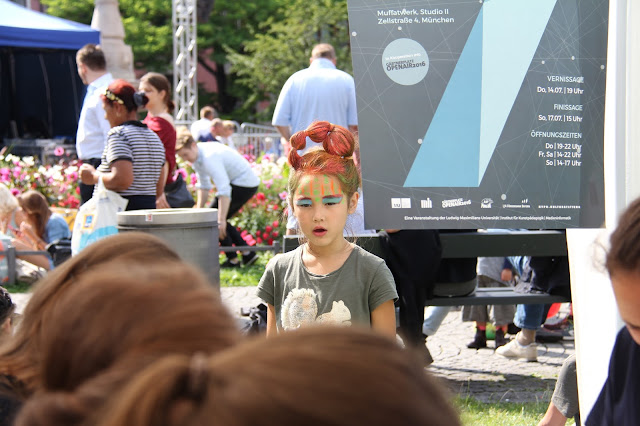 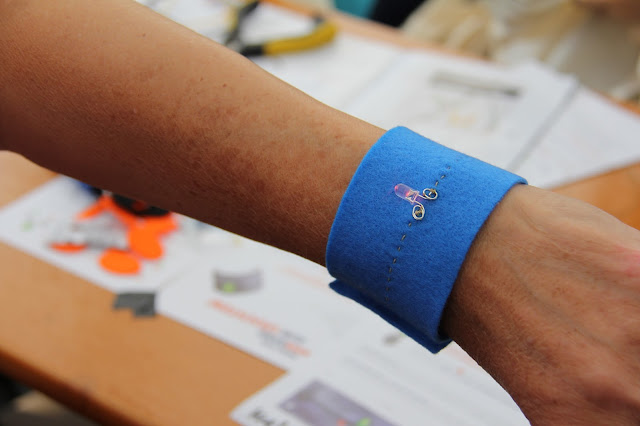 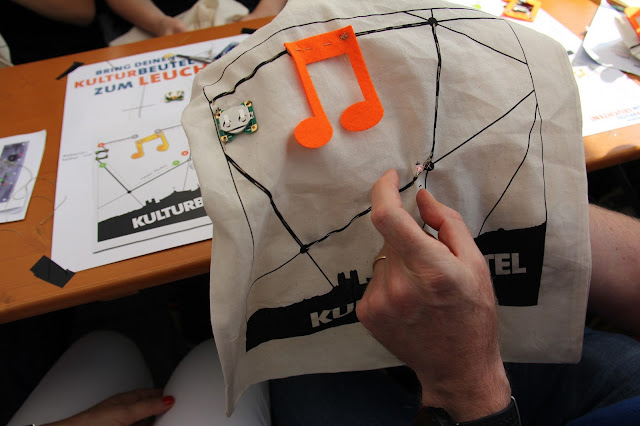 And it all ended with a cozy BBQ after-party in an amazing private garden.
I was very impressed with my group, who had so much to organise and lead, resource and acquire, plan and improvise! (E.g. they came up with a new technique for diy felt battery holders, as our initial ones were stolen.) 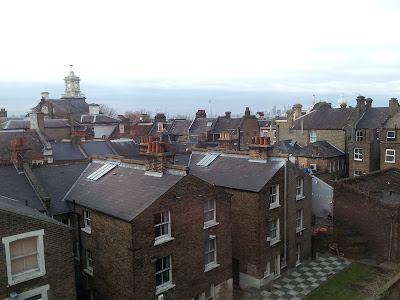